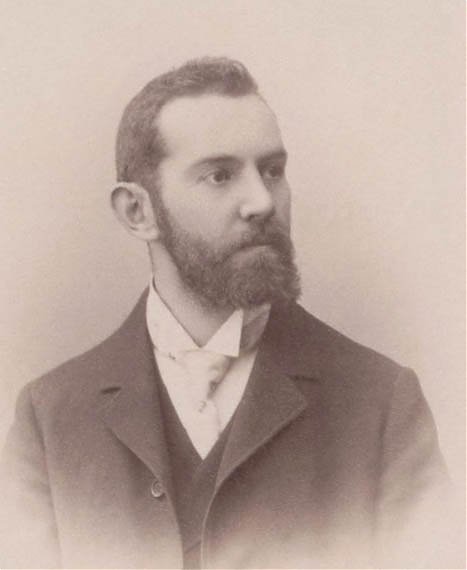 Louis William Stern was born on 29th of April 1871 in Berlin, where he spent his childhood. At the age of 18 he enrolled into the University. At first, he studied philology, later also philosophy and psychology. For his scientific development, it is not without a significance that he learned under the supervision of the well-known experimental psychologist – Hermann Ebbinghaus, which, without a doubt, helped him to master his researchers skills. Together with Ebbinghausen, Stern conducted research on memory and memory processes. Stern’s contribution in those studies was his effort to arrange laboratory experiments so that they would imitate natural, everyday situations (he was taking into account how human actions may differ, depending on specific life situations). In 1893, he received his doctorate in psychology. During this period, Stern also met his future wife, Clara Josephy, who had a significant impact on his academic interests and professional activities. However, this period of Stern’s life was not easy, as he lost his father at the age of 19, and his mother a few years later.

In 1897 Stern moved to Wroclaw (then called Breslau), where he habilitated and started working at the University of Wroclaw. He began his career in Wroclaw by constructing a device that allowed him to study human’s perception of sound (which was a continuation of his earlier studies in Berlin on the perception of motion, light and sound). In 1899, he married Clara, with whom he eventually had three children: Hilda, Günther and Ewa. Continuous contact with children, the ability to observe them and participate in raising them had an undoubted influence on his scientific development. Together with his wife, in 1914 they published Psychology of early childhood, one of the first books in the world addressing the issues of developmental psychology. This work brought him enormous popularity (not only among scientists but also among people of all walks of life). It had eleven renewals, it was translated into several languages, and also it was Stern’s entrance ticket to the so called ‘world of great science’.

At the University of Wroclaw, Stern took up the position of professor at the Department of Philosophy, where he was employed until 1916. During this period he worked on issues related to intelligence and individual differences. In 1912, the publication The Psychological Methods of Intelligence Testing appeared. He laid out the foundations of the concept of human intelligence, methods of its measurement and individual differences in this area. He introduced the term of intelligence quotient (IQ), which is present even today in psychological research and colloquial language. At that time he was also the president of the Psychological Association, which mission was to develop psychological interests among professionals of various specialties.

In Wroclaw he worked intensively on the concept of critical personalism (which is on the borderline of psychology and philosophy). He believed that in the future it will enable on the one hand –philosophical grounding of psychology, and on the other – holistic and dynamic recognition of human in psychology. In his deliberations he combined the psyche with the body, and the instinct to stay alive with motivation for development and self-realization. He was a promoter of personalistic orientation in the emerging (at that time) psychology.

Stern was a rising star of psychology, an extremely fruitful scholar with broad interests, publishing a lot and giving exciting lectures at international conferences. He was also an advocate of the applicability of psychology. In 1906, he initiated the creation of the Berlin Institute of Applied Psychology.

Despite the fact that the he allegedly crossed the Atlantic together with Sigmund Freud and Carl Jung for psychologists' conference, organized in 1909 by the Clark University, he often categorically separated himself from the Freudian personality concept, claiming that both as a method and as a concept it was too reductionist and it had no grounds in reality. In 1913, he published a Protest against the use of psychoanalysis towards children and adolescents. In 1909, The American New York Times mentioned the name of Stern as an outstanding scholar from Europe. Stern also became the first honorary doctor of Clark University. He has already gained recognition as a pioneer in the psychology of individual differences.

In 1916, Stern left Wroclaw and took up a professorship at the University of Hamburg. He became the director of the local Psychological Institute. In 1919, he received the title of full professor in the field of psychology and philosophy. In 1930, he published a short scientific autobiography Selbstdarstellung. In 1933, when Hitler came to power, William Stern’s position at the University was taken away, and he was compelled to early retirement, and eventually forced to emigrate to the Netherlands. There, in 1935, he published his last, final work, the work General Psychology from a Personalistic Perspective (Allgemeine Psychologie auf personalistischer Grundlage). He laid out in detail the philosophical and psychological theses, which form the basis of the concept of critical personalism he formulated (which he had been working on since 1900). Then, he was invited by his former student – Gordon W. Allport – to the United States. He started working at the Duke University in Durnham, North Carolina, where he lectured as a guest for the rest of his life, till the 27th of March 1938. Stern died at the age of 67 due to a heart attack.